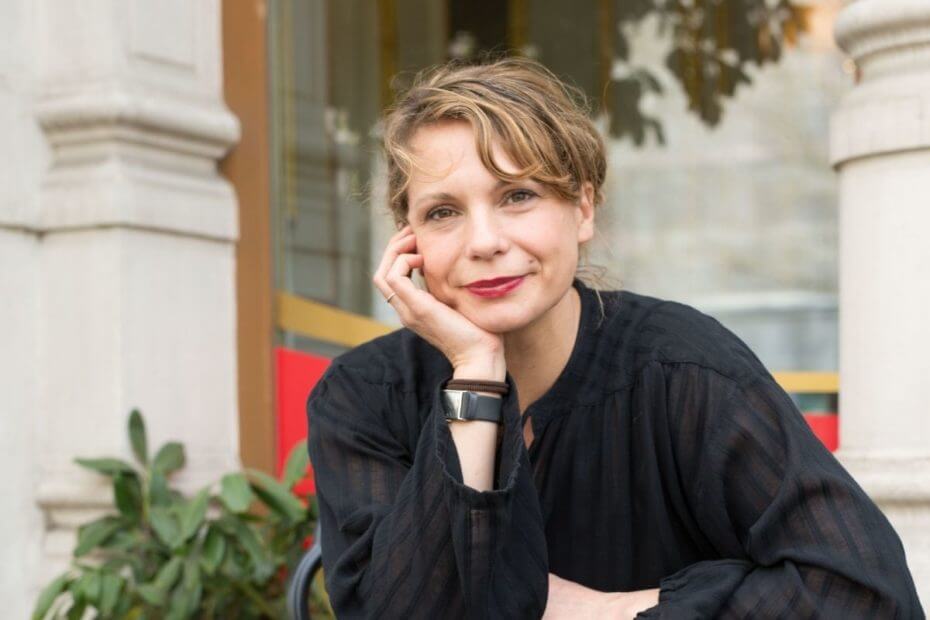 Antje Mayer-Salvi is a key figure in the Viennese cultural scene and just as courageous, open and creative as the C/O VIENNA MAGAZINE. she founded. Why did she become an entrepreneur? Is it possible to market culture? How do you develop the right strategy? Questions that will be answered by konsultori’s new Role Model.

Your company is very successful and recognized today. Why did you decide to start your own company?

As my father always put it: It’s a life decision to want to be self-employed or not. It requires a completely different kind of personal responsibility, but you can pursue your goals more independently.

Self-employed or employed? I felt like I didn’t have a choice after I graduated. The journalism industry was so male-dominated and hierarchical that, as a young woman, I didn’t really have a chance to land an exciting job with responsibility in a newsroom. In the end, to be able to write the stories I wanted, I had to go out on my own. Sucking up to the male, senior editors for years was not an option for me.

I founded my company, Redaktionsbuero Ost, at the age of 26 together with Manuela Hötzl, so we were relatively young and, as female entrepreneurs, a minority in the industry. Today, you can’t even imagine that.

Many people ask the question: Is it possible to market culture? What are your activities and how are your business fields structured?

Redaktionsbuero Ost has existed for over 20 years, we design and produce books, films, and magazines. Our main topics are the creative industries, art, design, photography, architecture, and fashion. Back then, when we formed as service providers for the creative sector, everyone thought we were crazy to want to make money with art and cultural topics. But we made money by responding to the website boom a little differently. Because we knew technology is good, innovation is good, but without content, without a message, you can’t get anywhere. So we developed good content then, and it turned out we were right, it was needed. I see myself less as a marketer and more as a facilitator of art. To underscore this, we then also launched C/O VIENNA MAGAZINE in 2015, an online and print magazine that has since become one of the most important publications for the creative sector in Austria and German-speaking countries.

“A strategy is necessary because the future is unpredictable.” Do you agree with the quote? Do you have an effective strategy for your business?

I agree with the quote and with konsultori we work a lot on my strategy. It helps me to be clear about the course I am following. I admit that as a creative mind I like to be distracted by the “island on the right, the beautiful dolphin on the left, and the sunset in front of me” (laughs).

I regularly take coaching sessions with Petra Wolkenstein from konsultori because I need someone who shows me the right route like a navy. Petra does it in a very appreciative way and in a way that I never feel like I’ve done something wrong. She is always positive: “Yes, you have made it this far, how can we continue on the path now?” That helps me a lot.

Petra Wolkenstein said in an interview that a really good strategy is flexible. Because the plans that end up in the desk drawer don’t follow the changes in life and business.

Exactly. Strategies can also be very limiting. I think a good strategist has to be able to respond creatively and flexibly to new situations while not losing sight of her long-term goals.

Did your strategy change after the Corona crisis?

Absolutely. A crisis is the perfect opportunity to discipline yourself and develop a strategy because you’re in emergency mode. We’ve definitely put more emphasis on digital because we’re much more flexible here than the big, traditional media.

What I’m also noticing is that I need to retain my female employees more, because unfortunately we had a high turnover during the crisis, like many other companies by the way. The younger generation in particular was afraid of uncertainty and sometimes preferred to switch to the public sector, to far less creative and more conservative jobs, the main thing being that the job was fixed and the employer as big and crisis-proof as possible.

As you mentioned, C/O VIENNA MAGAZINE has created a fantastic online presence in a relatively short time. How did you achieve that?

We were able to increase our online traffic enormously during the crisis, and also greatly increase our followers on social media. During the lockdowns, we didn’t stop, we just kept working and reporting even though we had no revenue. Readers gave us a lot of credit for that and stayed.

When you are faced with a difficult business decision, what helps you the most or who do you ask for advice – who do you exchange ideas with?

I exchange ideas with friends and with my husband, who is an architect and runs a company with over 40 employees together with his two partners. However, I think that private and business matters should not be interwoven too much. Objectivity is important, so it is better to consult an independent expert.

If you could wish for one additional skill, what would it be?

Sticking to my strategy (laughs).

What are you most proud of?

Running my own business as a mother of two children, remaining financially independent and still having and having had quite a lot of fun in life and with my job.

I’m proud of the founding of C/O VIENNA MAGAZINE, that took an incredible effort of will. It was like turning a big ship around and steering it in a new direction. Again, everyone thought I was crazy to publish an independent magazine and want to make money with it.

The incredible momentum, creativity and originality of the magazine is winning over the experts. Which awards mean the most to you?

We recently won another Silver Venus in the “Editorial” category from Creative Club Austria, which is one of the most important awards in Austria in this field.
I am most proud of two awards we won just before and then during the Corona crisis. Those were the moments when I felt very lucky to be able to play in such a league. That was the nomination for the WILLY FLECKHAUS PRICE in 2020, alongside Brand Eins and Missy magazine, and a few months later the bronze pin in the “Editorial” category of the ART DIRECTOR CLUB Germany Germany, alongside GEO magazine and ZEIT magazine. What I also find very cool is that you can now buy our magazine worldwide something in Budapest and San Francisco.

You can find out more about which cookies we are using or switch them off in settings.

This website uses cookies so that we can provide you with the best user experience possible. Cookie information is stored in your browser and performs functions such as recognising you when you return to our website and helping our team to understand which sections of the website you find most interesting and useful.

Strictly Necessary Cookie should be enabled at all times so that we can save your preferences for cookie settings.

If you disable this cookie, we will not be able to save your preferences. This means that every time you visit this website you will need to enable or disable cookies again.